We want this to be an AGM and Family Social Event. Members will shortly be contacted so that we can get some idea of the numbers who are going to turn out for what is our last social event for 2014.

That was the end of another WASCC racing year, it went out with a disappointing Wanneroo 300, however in general the whole year has been eventful and entertaining, from our perspective. We have had some good attendances and some poor ones. Drivers have helped us out and filled a few gaps and Dani’s new promoting through the Volunteering organisation as well as the Uni’s has helped put our membership up to numbers that have never been achieved before.

We can only hope that we have done enough to encourage old and new members to renew their memberships for 2015. We’ll always have those who can only make it to the V8 weekend but we also had sufficient other members who were prepared to come out in all weathers. That’s what volunteering means.

The Wanneroo 300 race day started with the Formula Fords final event for the year and as usual provided some close fast racing. Congratulations have to go to new girl, 16 year old Tayla Dicker, in her first race. She qualified well up the field and in race 1 went on to a creditable 9th place. Unfortunately in race 2 she had an incident at T7 which finished her debut… she is a rising star and next season should see her well up at the front.

The HQ’s came out for the Wanneroo 100 and, altho’ spread out, they managed to complete their 2 22 lap races in typical enthusiastic style.

The Saloons, Street cars and IPC cars competing in the Wanneroo 200 were probably the saving grace of the day, with 2 hours of guessing (on our part) exactly who was where. With the 2 mandatory pit stops at time it was hard to follow all the lead changes. However, with the different classes competing from Hyundai’s to V8’s every point was kept busy on the blue button.

The Wanneroo 300 field was disappointing to say the least, but as it was the last event for the year and as it was probably cost prohibitive for some drivers, the end result was a field of 13… must have been an unlucky number a 1 car didn’t make it round the warm-up laps. From then on over the first 2 of the 3 hours, the cars kept dropping out mainly due to mechanical issues. The newest car to complete the 3 hours, the BMW 335 of Adrian Stefan, just kept on going round and round while all of the other 4 cars that actually crossed the finishing line ranger from 80’s Falcons and Commodores to early/mid 2000 Porsche and Ford. Maybe next year should be an Historic entry!!!

In conclusion I would like to give a personal Thank You to all our members, old and new, for the great work that everyone has put into this past season. We have all had to put up with 40+ degree temperatures , driving rain, cold winds and we have all come through with our heads held high. I do not think that any of the Promoters that we have assisted can have any complaints about our services, Well done to you all and hopefully we will see you back again next year. 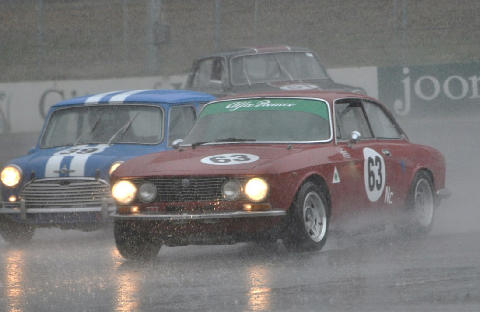