We seriously got very lucky with the weather this weekend. Rain started in the second last event of the day on Sunday and then caused chaos and mayhem for the final race. Another spectacular weekend of racing put on by Improved Production Racing Association of WA, Formula Vee Western Australia, F1000, WA Historic Touring Car Club, Formula Ford and WA GTs. While there were some serious casualties (the four wheel variety, not the two legged), the racing was fantastic! Hats off and well done to Saloon Car Racing WA and all involved in organising the national event this weekend. Between the great number of local drivers and a dozen interstate cars, it was always going to be a great event. The heats were exciting to watch with a great mix up of cars and the Finals were definite highlights of the weekend.

Well done as always to the officials this weekend. While some of us may have resembled drowned rats at the end of today, the rest of the weather over the weekend was reasonably kind.

Catch you at the next WASCC circuit race event on Saturday 17 September. It’s no longer a Nightmasters event, and will be run on the usual daytime schedule. Details to follow soon. 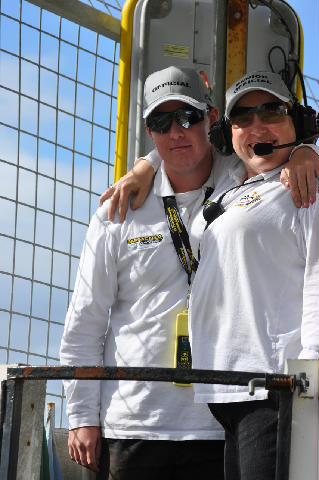