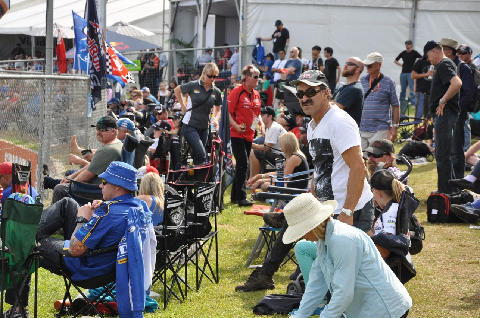 We have a crowd!