Good news! As of today we have moved out of the trusty old shed and into the old admin building (as you come into the raceway, its the first building on the left. Parking for officials is still on the grassed area as you come in on the left. The move means more space including training area, more covered areas and air con!!

Good news! The new date has been set for October 30 – November 1 (day events) for Supercars! This is always subject to change still so keep an eye out on the Supercars.com website for further updates. We are looking to be on track so to speak for a WASCC June 21 return to racing.

Just wanted to say an enormous thank you to all the flaggies who turned up on what was a fairly horrendous stinking hot day. By 11am it was over 34C but Arnold and Glen decided flag point 8 was still too cold so started their own little bonfire. Peter and Stephen took home the most reports award from flag point 4 of all places thanks mainly to excels being, well, excels. Nathan and Ray decided to park the car, which lapped the entire field in the first 15 minutes of the enduro, in the sand 3 laps from the end. We had a BMW randomly stopping at various parts of the circuit, Ken and Dennis did a fantastic job with blue flags in pit lane and simultaneously managing turn 1, while Pete Warrener and Jaimee executed the perfect gender reveal! It was a short day but you all did a really amazing job in really trying conditions. Thank you so much to each and every one of you, and I look forward to seeing you all again next year! (and Stephen K is clearly a better driver than me as he didn’t even crash the bus this event!) – James H

What an amazing weekend of motorsport! Nothing short of eventful, but very entertaining racing on track. A huge thank you to the always fantastic officials for two huge days in trying weather. Thank you to everyone involved in a beautiful dedication to a true gentleman of the sport, Rob Janney. A huge thank you to everyone who played a part in today’s events. Nothing we do will ever repay what Rob has done for the club and the sport and, again, we say thank you for all you’ve done.

A massive thank you to all WFMA Flaggies and all officials for your efforts during the Pirtek Perth Supernight. It was challenging, exciting and so much more all at the same time.
I was particularly impressed with our newest officials and with the YO program. Great job to all involved – Dani

What a weekend of motorsport at Barbagallo Raceway! Firstly, a huge congratulations to WA Sporting Car Club for an amazing event very worthy of the 50th anniversary of the track. The new surface sounds like it’s a winner for everyone, with lap records falling everywhere so it will be very interesting to see how far they fall in the coming months as the track starts gripping up more. The facilities, surrounds and track look absolutely amazing. There was a ton of work done over the off-season and it certainly paid off. Well done to the Committee and staff, it definitely didn’t go unnoticed.

Next to the drivers, many of you certainly kept the officials busy but well done on driving hard and providing fantastic entertainment for the crowd that came in over the two days. Thank you to everyone who competed over the two days across all the classes, HQ Racing WA, Saloon Car Racing WA, Formula Vee Western Australia, Formula Classic WA, WA Formula Ford, Aus F1000, WA Excel Cup, Improved Production Racing Association of WA, Street Car Racing Association of WA, Sports Cars, Sports Sedans, Historic Touring Cars and Time Challenge. Hopefully no one has been forgotten!

Last but definitely not least, the officials. You guys and gals, thank you!!!!!! 👍🏻👍🏻👍🏻👍🏻👍🏻 Holy smokes, weren’t you all tested over the two days and you all got the job done! There were a number of oil clean ups, cars going where they shouldn’t, Saturday’s very windy conditions being very testing, Sunday’s hot weather making life very trying for everyone, officials and drivers alike, but the amazing group of officials banded together and got on with getting every event run (and it was a hugely ambitious schedule for the two days!!!!). Congratulations to each and every official for their part in making this weekend the success it was.

So starts the 2019 race season and, if this weekend is just the start, it’s going to be a great year of circuit racing!

Another Vintage Sports Car Club of WA Coalfields 500 event is done and dusted and what a weekend of Motorsport. Competitors certainly kept the Officials on their toes, from track clean ups to a high number of cars that had no go-go left in them.

Huge thank you to Saloon Car Racing WA, Formula Classic WA, Formula Vee Western Australia and HTCC for their ongoing support of VSCC events. I hope you all had a great event.

Officials, another great job with a ton of clean ups, a couple of bonus oil spills, and a load of recoveries. It certainly kept us all busy for two days. Thank you for another awesome weekend.

Hopefully catch everyone at the IPC Nationals event in around two and a half weeks. 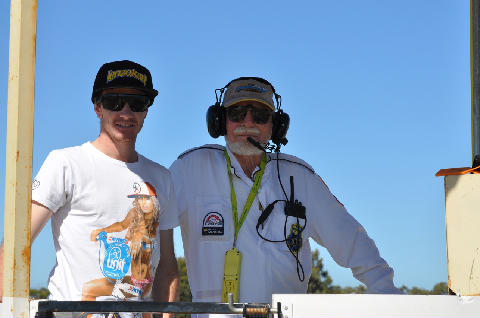