Went down to Collie on Saturday, started off dry up here in Perth but got to Collie Motorplex and they had had a whole lot of rain and between lunchtime and the close of practice at 4pm, they had a whole lot more. It was cold, wet and windy and watching the Karts racing round was quite an eye-opener, they’re even greater maniacs than bike riders. A few had excursions off the circuit and came back covered from head to toe in red gravel/sand. Had to pull one HQ driver out of the rotorvated sand at turn 3 by FP2 and he was axle deep, luckily it was hard enough to reverse Jason’s old Toyota (***) truck along the tyre wall and drag Mr Watkins out.

Sunday started wet but ended up fine, and thanks to Tracey, Frank and Albert, Pete and Tyler and the addition of locals Bill and Andrew we were a full crew. With qualifying getting under way at 9, we were soon into racing, Karts, HQ’s Saloon Hoons and a few cars for Sprint races. Racing was intense all day with the fastest Kart doing around 46 second laps and managing to lap the slowest 3 times in an 8 lap race!!! The HQ’s managed to complete the day with a minimum of paint loss (I think Mike Howlett managed to win the championship this weekend) and provided good close racing. The Saloons did their best to put on a drifting display that didn’t really work but in general they behaved themselves. The Sprint racing was for a few drivers who would have done a Regularity Trial but tended to go too fast for their times so were allowed to race.

The weekend was a big success all round if you disregard the discomfort of Saturday’s weather and the fish and chips at the Federal (well Dani had her steak and calamari again) were among the best I’ve had. The drive back was uneventful as I’ve now decided I’m too bloody old to go scrabbling in and out of sports cars so have bought a Ford… love the comfort!!!! And no I am not turning into a one-eyed Ford fanatic like some people I know even if Ford did win Bathurst!!!! 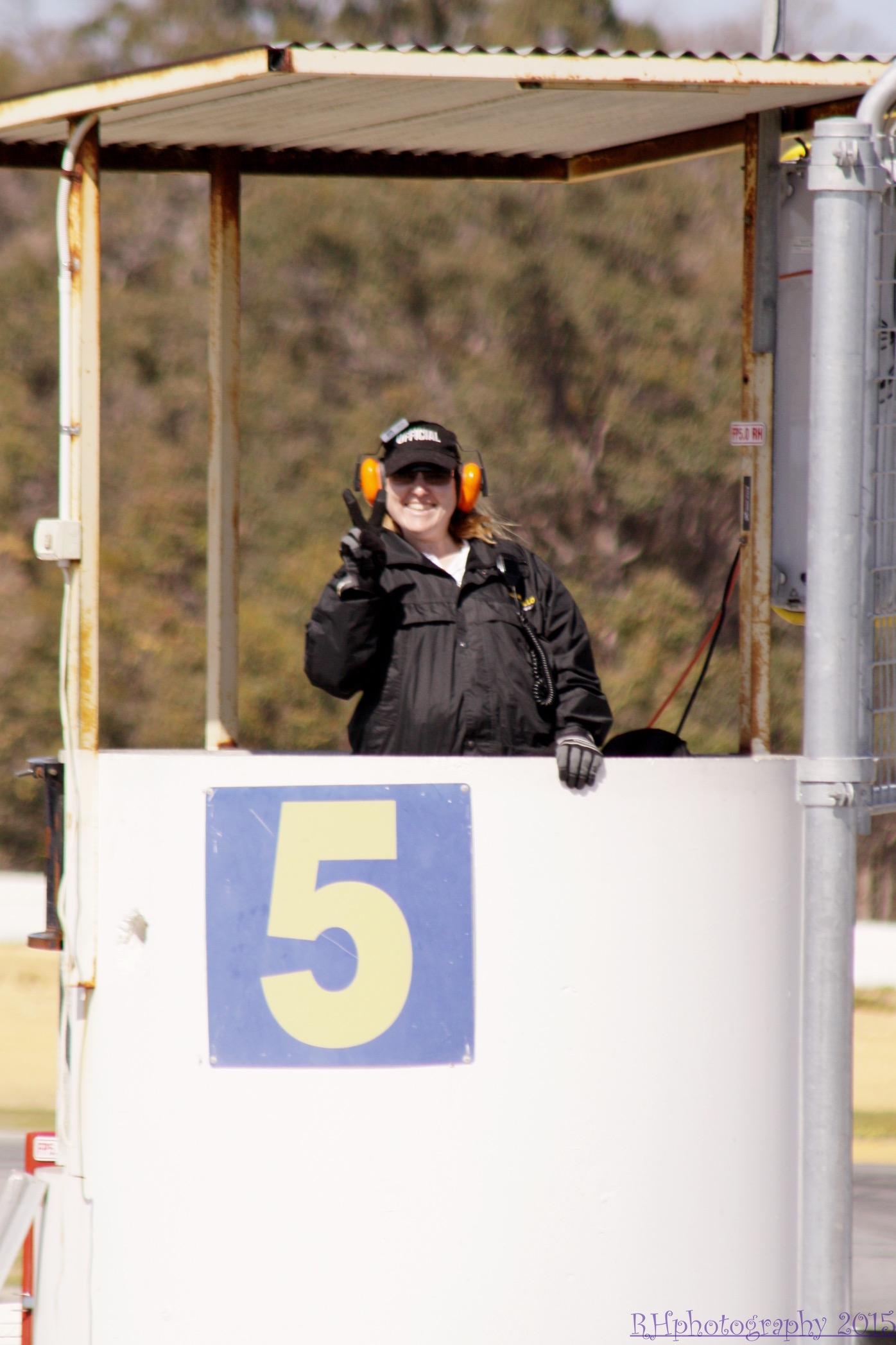 Dani only wants peace in FP5!