Well it was a sunny day with a breeze on Sunday, couldn’t have asked for better weather to show off the marvelous Italian automobiles. The show and shine was in excess of 80 vehicles and another 50+ motorbikes, with around 60 vehicles and all the bikes including Italy’s finest (scooters?) getting several parade laps on the track.

We got to enjoy the sights and sounds of many Ferrari’s (as long as they were red, red, yellow or red) and Alfa’s with a Lambo thrown in for good measure. There was a decent sized crowd there to watch with genuine Italian food on the plates (and hotdogs as usual but as if anyone would need them when pizza is on offer right? Right??)

We had our youngest Chief Flag Marshal for this event and things went well even finishing early. For the day only around three hard core drivers went off track so it was a good day for all. We hope to go again next year!

Well it was windy and a tad rainy at times. 0730 sign on, well that was easy enough, pretty much as we normally do.

Coffee was on tap and a cooked breakfast supplied (why did I have weet bix earlier?) Drivers/official briefing, everything explained, the who, what, when, where, why and how. Main goal for the day, go home in the same number of pieces that you arrived in.

Ok, good. Off we go to the ‘flag point’, not really a flaggie role, more of a keep your eyes peeled for drivers clipping, hitting safety cones (the drivers get a 5 second penalty for every cone they hit). Way closer to the action….cool.

The morning runs were pretty much drama free.

Lunch more coffee and a freshly made beef and salad roll, a bit of chat with a few drivers and back to our points.

Same points with a twist….chicanes more cones to keep an eye on…more cones to reset (I haven’t run that much in years). I got a visit from the Stewards….oh no….the cops are watching me now.

Next time one of these events comes around and we get the option to assist, stick your hand up and have a go. It’s not racing as we are used to, it was different. Different people, different drivers, extra rules, all in all, an enjoyable day. 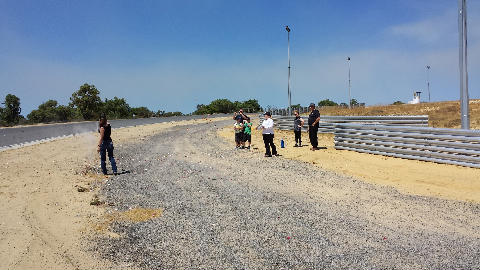