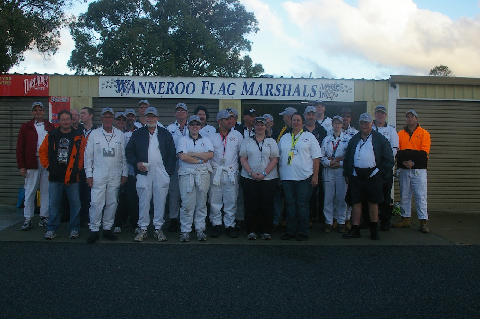 Group shot at the shed